British education emphasises the development of the whole student and focuses on process and outcome rather than drill of specific knowledge. With academic excellence of institutions such as Oxford and Cambridge, and renowned independent schools such as Eton, Harrow, and Winchester, the UK boosts its education system, from primary school to postgraduate study, as one of the finest in the world.

British education is systematic yet flexible, where students can choose from a wide selection of academic and career-focused vocational courses at UK schools, colleges and universities. There are several routes and a variety of qualifications that enable students to progress from school to university.

Education in England, Northern Ireland and Wales is divided into pre-school, primary, secondary, further and higher educations, as summarised below. Scotland has a slightly different system.

Primary and secondary education covers four national curriculum key stages which are compulsory for all children aged between 5 and 17 (from 2013, and up to 18 from 2015). Most children in the UK go to state funded primary, secondary schools and further education colleges, while some go to private fee-paying independent schools. Non-European children aged 4 to 15 can only attend independent schools in the UK.

All schools are required to follow the National Curriculum guidelines. In general, independent schools provide broader curriculums than required. National curriculum assessment SATs (Standard Assessment Tests) are given at the end of each Key Stage to assess student’s progress on core subjects of English, Mathematics and Science.

Due to traditions, social and cultural differences, China has a rather different education system. Click the link to view the differences between British Education and Chinese Education. 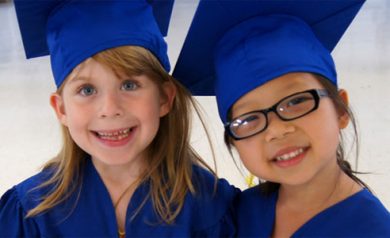